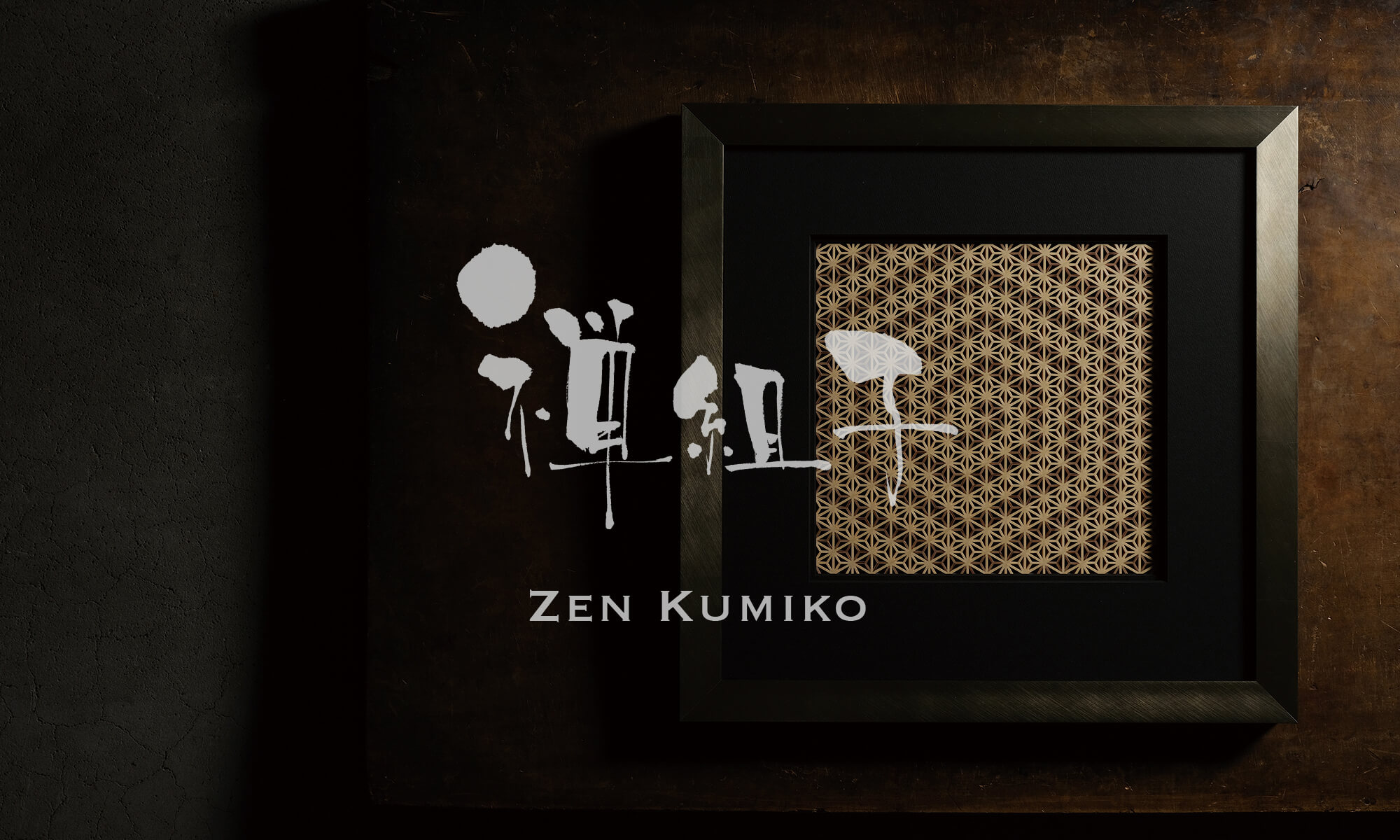 Beauty carrying the essence of Zen.

The asa-no-ha (hemp leaf) motif has long been used as a charm to ward off evil. Hemp leaf adornments have been found on Buddha statues dating from Japan's Heian period (794 to 1185). Because the hemp leaves grow straight out, this pattern is treasured as a lucky charm to pray for a child's healthy growth.

Artisans use 1600 wooden parts to assemble the asa-no-ha pattern. The simple and beautiful design conveys the essence of Japanese beauty. In this pattern, 500 equilateral triangles are connected to form hexagons. These hexagons are then connected to form a geometric pattern. Looking at stable hexagonal shapes calms the mind and brings comfort and peace. 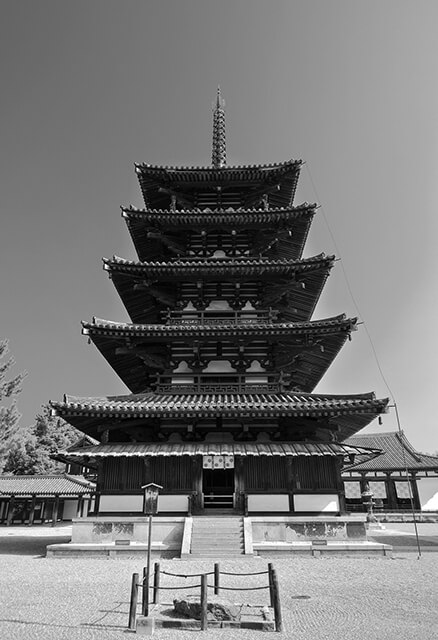 The oldest Japanese structure that incorporated kumiko is Horyuji Temple, which was built in the Asuka period (592 to 710). After that, kumiko was used for decorations in Shinto shrines, Buddhist temples, and mikoshi shrines, etc. Kumiko crafts are a traditional skill in which small pieces of cut wood are assembled by hand. These parts are assembled into a geometric pattern without using a single nail or metal fitting. If the piece of cut wood deviates by even 0.1 mm, the pieces will not fit together, and the pattern will not appear. It takes more than ten years to become a skilled artisan who can precisely adjust the pieces of wood and assemble the kumiko by oneself. 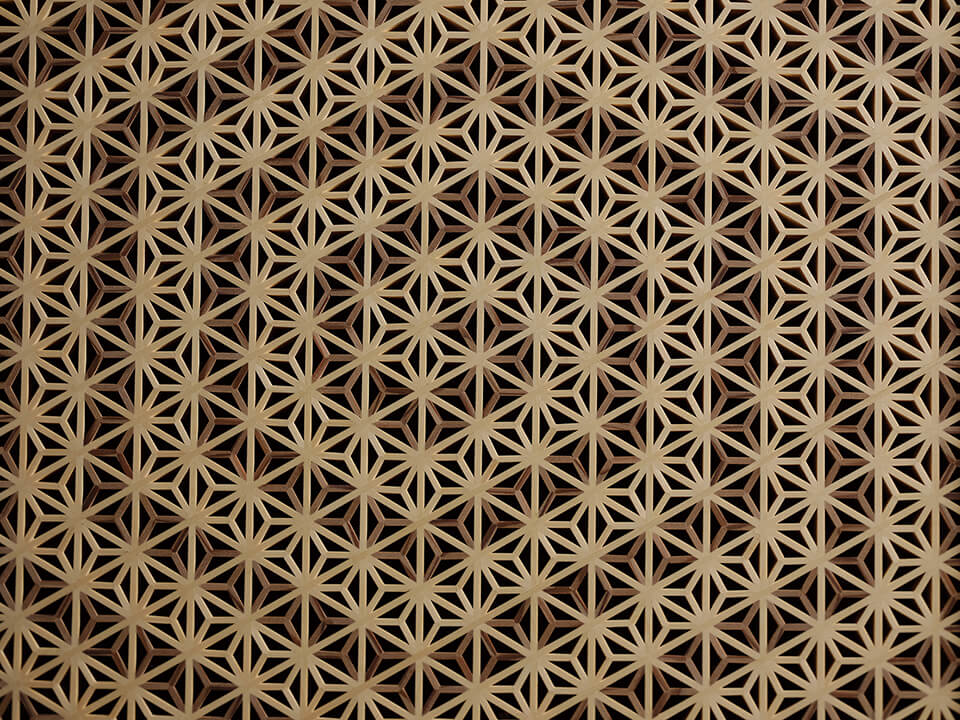 The beauty of the asa-no-ha expands outward in this design. The image has serene stability while overflowing with energy. 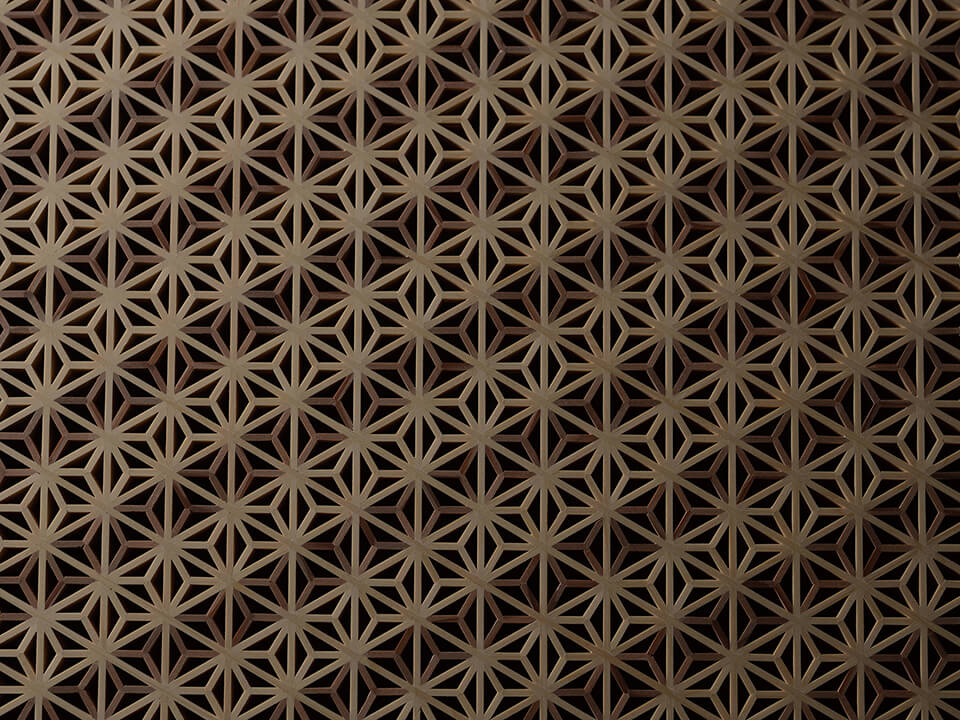 The asa-no-ha pattern is woven out of more than 1000 pieces of wood. In addition to the asa-no-ha pattern’s meaning as an amulet to ward off evil, and as a prayer for a child's healthy growth, this upward rising pattern expresses a wish for better balance of mind and body.